I read a great article recently that really supports some of my own thinking and experience in practice and playing and what really gets you bang for your practice buck. Or in other words what actually works and what doesn’t. The article references a study undertaken a few years ago at the University of Texas at Austin looking at pianists. Different instrument admittedly, but the same principles most definitely apply.

One of the most important of these 8 things that apparently top practicers do differently that I find works extremely well for m (and used to recommend highly to my students), is not practicing in mistakes. Play something through very slowly, be confident of where you’re placing your left hand and right hand fingers before playing. Even if it means you’re playing reeeeaaaaaaaaallllly sllllllooooooooooooooowwwwwly. Much better this way, that encourages the correct learning of a phrase or piece, with the correct physiology, building the correct habit, than literally practicing in a incorrect movement and then doing the work all over again to unpick it and learn it correctly.

Yes, it may not sound so fluid initially, but stopping and just taking the time to make sense of what you’re doing and how you’re doing it will pay musical dividends in the long run. I promise you. 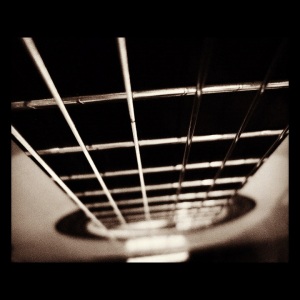 So here are the 8 things that top practicers do differently:

3. Practice was thoughtful, as evidenced by silent pauses while looking at the music, singing/humming, making notes on the page, or expressing verbal “ah-ha”s. (i.e. don’t just go through the motions – 10 minutes of thoughtful, focussed practice is worth way more than 30 minutes of just going through motions)

4. Errors were preempted by stopping in anticipation of mistakes. (Stop playing those mistakes in every time!)

5. Errors were addressed immediately when they appeared. (And again stop playing those mistakes in every time!)

6. The precise location and source of each error was identified accurately, rehearsed, and corrected. (Shall I say it one more time?!)

8. Target passages were repeated until the error was corrected and the passage was stabilized, as evidenced by the error’s absence in subsequent trials.

To read the whole article, and I strongly encourage you to do so particularly for the top three practice strategies and one strategy to rule them all, head along to:  http://www.creativitypost.com/psychology/8_things_top_practicers_do_differently