I happened to catch a TV show recently about a chap learning to drive a rally car for the first time. Not normally the kind of show I’d be inclined to spend my precious time watching but I was interested and intrigued quite frankly in the approach to learning of the beginner rally driver and the beginner guitarist. Sounds a little peculiar so far but go with me here. 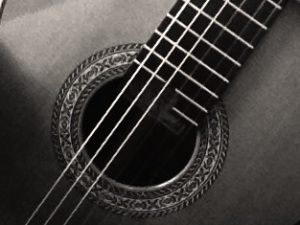 I was very interested because I noticed that a good deal of the behaviours of the chap approaching rally driving for the first time were very similar to those of someone learning the guitar for the first time (or even a bit more developed students in some cases).

Well, I noticed the following:

* Novice driver and novice guitarist are both super eager to get behind the wheel and go, go, go! Such enthusiasm, of course, is very commendable!

* Novice driver and novice guitarist both want to go really fast. And really fast now! There’s an eagerness in both perhaps to go faster than is realistic without enjoying the journey (quite literally for the driver) of learning correct technique and the application of that technique.

* Oftentimes as a result perhaps of that fantastic eagerness there can be a tendancy for both the rally driver and guitarist to get very involved with what they’re doing. When I say involved I mean, mentally involved and physically involved.

It’s very easy when we’re so eager to learn and do well with our playing that we put a lot of our mental and emotional self into our playing. Which is a good thing to a point – it’s good to concentrate, to focus, and to feel the music. But we must make sure it’s the music we’re feeling as it’s moving through; not holding on to what we may have already played (good, bad or otherwise) or what we may anticipate to be coming up. Just learning to take it a little bit easier and learning to let go can make for a lot more relaxing and enjoyable playing experience!

We may also push a little too hard physically – the rally driver on this TV show was over-steering, over-braking and over-accelerating! The result was that he ended up in trees with a smashed up car!! The guitarist is not likely to wreak as much havoc as this (hopefully not!), but by getting too physically caught up in what we’re doing, being too physically intense – pressing too hard with the left (fretting) hand, creating a pincer type grip between thumb and fingers of the fretting hand or using some other kind of extraneous movement with fingers, hand or arm – can lead to tensions creeping in, making it more difficult to play well and wreaking havoc over time on the body with all sorts of niggling little injuries and complaints potentially creeping in.

So, to use the rally driving novice analogy, if you’re new to guitar, want to maximise your learning and playing experiences and minimise risk of injuring yourself you might want to think about the following:

* Keep that enthusiasm up and persevere. Even when it feels as if you’re not progressing and things don’t seem to be going as you’d like, it may be that you’re just in a bit of slow phase or plateau at the moment. These things happen in waves. Keep at it and you’ll notice the difference soon enough.

4 thoughts on “New To Guitar? Take Your Foot Off The Accelerator!”