This weekend we were granted the enormous privilege of hearing the latest up-and-coming talent from all parts of Australia in the 2013 edition of the Classical Guitar Society of Victoria (CGSV) Solo Guitar Competition.

The competition was hosted by the CGSV here in Victoria, and featured players ranging from the earliest grades on the instrument, right up to pretty much professional standard through five categories. It also featured a fantastic haul of prizes for the winners and “honourable mentions” in each category, with local business in the Melbourne area contributing a total of around $10,000 worth of prizes!

The day-long competition, hosted by the CGSV, was expertly adjudicated by no than the Brothers Grigoryan. Yes, the fantastically talented duo, Slava and Leonard Grigoryan, were in attendance all day long to impart their expert opinions and words of wisdom for all the competitors. I didn’t envy their job, in fact, particularly in the Open section where the standard of competitors was extremely high and not much to pick them all!

It was really heartening to see so much talent coming through the ranks and such support as well from the players’ family, friends and of course the local guitar-playing community. It really was a fantastic day, with a great collegial atmosphere akin to a festival or a concert rather than a competition as such.

It was a competition, however, and that meant thats there were some winners and people lucky enough to bag a prize or two!

Here’s the run down of the 2013 CGSV Solo Competition winners (remember these names peeps and that you saw them here first!):

* WINNER: Campbell Diamond. Campbell flies out to Tokyo in December compete in the semi-finals of the Tokyo International Guitar Competition! Good luck Campbell (not that you need it)!

As I mentioned earlier, there was some simply stunning playing in the Open section.  The playing from winner, Campbell Diamond, was extremely mature, highly expressive and played with real poise. But don’t just take my word for it – here’s the winner himself playing his winning performance of Movements 1 and 2 from Sonata by Antonio Jose and Blackwattle Caprice No. 2 by Ross Edwards:

A real highlight of the competition for me personally was Stephanie Jones’ rendition of Bach’s Prelude and Fugue (BWV 998). Her playing was simply stunning – such delicate, refined playing, with a very clear sense of musical direction and shaping of the lines. Exquisite. If there were such a thing as the Classical Guitar n Stuff prize (there’s an idea for next year’s competition…….) Stephanie would win it for this.  I can’t give you a link to her playing this divine music just yet (the team has got to have a little rest!), but once’s it has been uploaded I’ll share with you.  It was too good not to share!

Prize or no prize, I’d like to say a big “Well done!” to all that played!

Yes, that’s right. The Montenegrin marvel that is Milos Karadaglic is headed to Australian shores, kicking off his debut Australian tour in Brisbane on 22nd November.

And in honour of this his lovely management team have given me two copies of his latest CD, Latino, to give away to two lucky blog readers! Oooh how exciting!!

Soooo A CD will be winging its way across to the first two readers pulled of of the hat who can correctly answer the following question:

Which luthier made the guitar that Milos currently plays?

Send your answer in an email to nicole@nicolelouiserogers.com by 23rd November. Got to be in it to win it!! 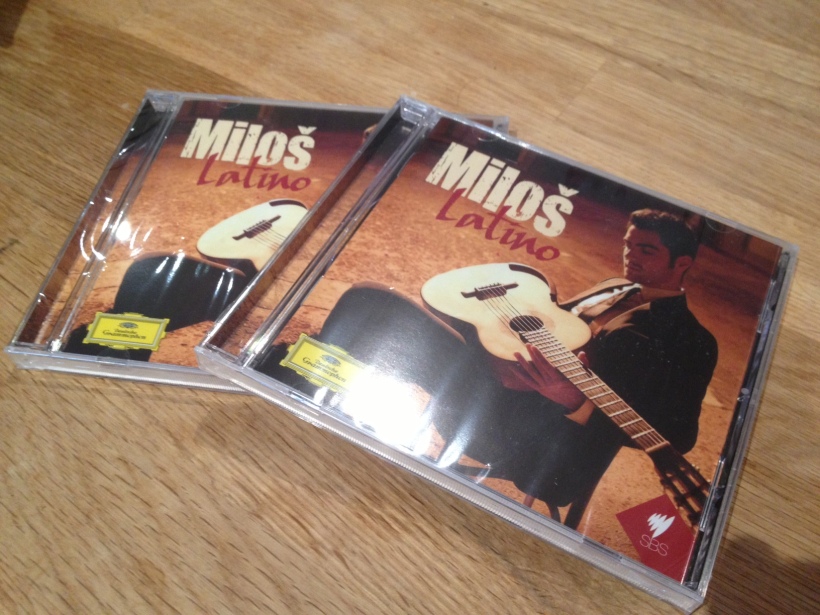 Check out further details on his tour here: http://milos2012.com.au