It’s coming up to that time of year again folks, where we swap gifts with friends and family – new socks, ties, cuff links, hampers, baths sets. Well, if you’re on the look out for gift ideas and one of your family or friends is a classical guitarist (or indeed if you’re a classical guitarist and you want to drop some hints!), then look no further!

* This book – Practice: A Musicians Return To Music by Glen Kurtz

Kurtz takes us through his early days as a budding young musician, accepted into the New England Conservatory of Music to study classical guitar, his dreams, hopes and optimism, though his disillusionment with his attempts at establishing a solo career. He then regales us with his journey into picking up the guitar again some years later and his insights into returning to the instrument. A really good read, especially for those returning to study guitar again after some time away. 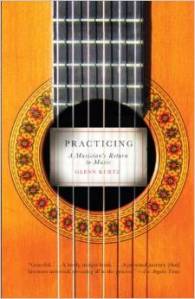 * A years’ supply of new strings

And no, that doesn’t just mean one packet!! Buy your loved classical guitarist family member/ friend 4 or 5 packets of their favourite guitar strings – it’ll set them up for the year ahead and there will be no excuses not to change strings! If you don’t know which strings to purchase I’ve been testing out the d’Addario AJ48 Pro-Arte carbon strings (watch this space for a review on those) and can recommend.

A book full of lots of helpful tips and some great technical exercises including Giuliani’s 120 Right-Hand Studies and Tarrega arpeggio studies as well as original compositions by Andrew York and Brian Head. Some very good tips on nail shaping too. 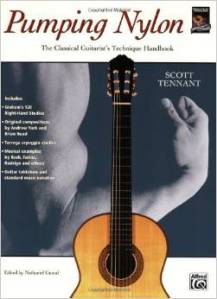 Yes, that does sound bizarre doesn’t it?! However, this stuff (or similar) is to be found in most classical guitarists pockets, bags, cases, desk drawers, and various other places! We’re also always putting it down and forgetting where it is (or is that just me?). A big healthy supply of this ultrafine grade sandpaper, used for filing out nicks from playing nails and keeping them shiny smooth, can never be underestimated!! I recommend this idea as a good stocking filler, along with some anti-slip matting (good for preventing slippage of the guitar on your leg whilst playing) and a cloth for cleaning your guitar off after playing.

This one might be better for those in the northern hemisphere, especially those of you in the USA with all that snow at the moment.  These little beauties are gold when wanting to practice in colder temperatures (probably not a 40 degree C Australian summer!). Pop the tab, the chemical reaction sets off, they heat up – stick them in your pockets or hold onto them and get your hands nice and toasty ready for playing. You reset them simply by sticking in a pan of boiling water for a few minutes. 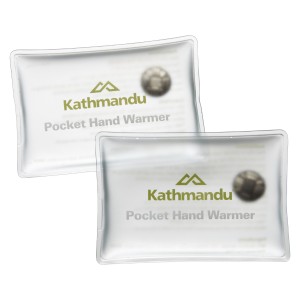 And if that’s not enough for you, here’s a post I wrote last year with some more ideas: